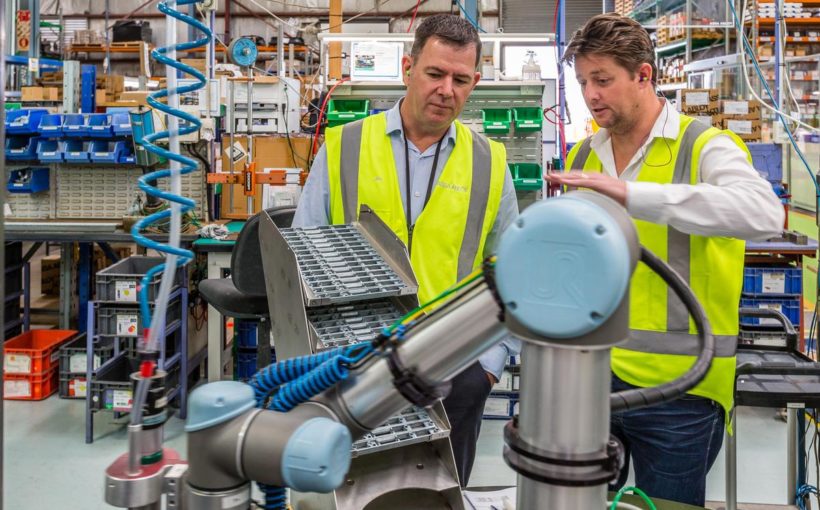 The collaborative robot industry is growing very fast. It is estimated that by 2021, it will be worth over $1 billion from below $100 million in 2016.

This rapid growth in the collaborative robot industry is leading to an increase in robot assembly. With their significantly low price, robots are now not only limited to large organizations. Smaller manufacturing entities can acquire cobots and automate their manufacturing processes.

Before cobots came into the picture, companies used what we can now call traditional robots for their automation. Technological advancements and rapid market changes are now rendering them obsolete and ushering in the smaller, nimbler and flexible collaborative robots.

Listed are some of the main differences between collaborative and traditional robots.

The cost of the traditional robot is roughly five times that of the cobot and in the six figures range.

Additional costs on the traditional robot includes hiring dedicated monitors, programmers and operators while collaborative robots do not need any specialized programmer. With substantial training, a trained factory worker is able to handle it efficiently.

In addition, traditional robots require substantial amount of warehouse space for them to work in. This increases the cost of real estate for a company whereas cobots require very little space to work from.

On the other hand, collaborative robots are considered safe. First, they do not need any fencing or caging to keep them away from human workers. They are installed with safety sensors that identify the presence of human beings near them and stop their operations. This is a capability that traditional robots do not possess. As a result, there are higher risks of accidents when using traditional robots.

Secondly, collaborative robots are designed with smooth edges and do not have any exposed motors or pinch points.

Collaborative robots have the ability to understand their environment. This is made possible by the numerous sensors they possess. Some are inbuilt while others are supplemented by upgrading their capabilities and fixing externally the sensors they require.

Collaborative robots have vision sensors that enable them to see their surroundings. In addition, they have force sensors that can detect human presence near them causing them to stop their operations to avoid an accident.

On the other hand traditional robots do not possess any of these capabilities. They operate blindly and human workers are not supposed to go near them. In addition, they cannot see the products they are working on.

Unlike traditional robots, collaborative robots are highly mobile. They can be moved from one corner of the factory to another with ease to complete different tasks.

Traditional robots on the other hand are permanently fixed to their locations. They are immobile and moving them would be a costly affair.

Collaborative robots are much easier to use compared to traditional robots. First they do not need much time in terms of assembly. On the hand, assembling a traditional robot takes about two weeks. This is a lot of time and money considering the company pays for the robot and also pays the cost of assembly.

Secondly, the cobot is easily programmed. IT has an easy to understand and use interface allowing for ease of programming. Also it can be trained manually and does not require a specialized programmer. The traditional robot on the other hand requires and expert for assembly and for correct programming. Mere factory workers cannot be trained within a short time and learn how to use and operate it.